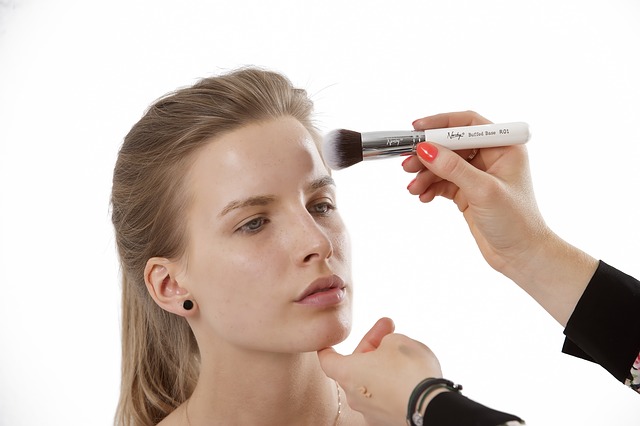 Some ideas about beauty are biological wired in our brains after 430 million years of evolution of sexual intercourse. The majority of what we think is sexy has been developed by years of socialization. The media and the retail industries have been manipulating sex appeal for years by bombarding our brains with images that depict unhealthy and unattainable body images. Even the people in the pictures we see do not measure up to that ideal. The way this is done is through image manipulation using computers and photo manipulation software programs like Photoshop. These technologies have the ability to change anyone into Helen of Troy (a women believed to be so beautiful that Greeks launched an invasion that destroyed the City-State of Troy to reclaim her).

Today photo manipulation is so easy anyone can do it. Digital photography has made it so easy. All one needs to edit a photo is a cell phone, a computer, and photo editing software. Once loaded into a program, a person can take the most unattractive person and turn them into the sexiest person alive. A person can make changes to a person that might seem impossible but is a relatively easy process that takes only a few hours tops to complete.

The Impact of airbrushing

As the clip showed, a person can change every aspect of a person through airbrushing. We see these airbrushed pictures in every media and advertising medium.

The media doesn’t stop there because the people in the edited pictures and celebrities dress and weight are ridiculed. A prime example is the day after an award show when every tabloid has special best/worst dressed on the red carpet. Today, a problem that was really only seen as feminist issue is now affecting both sexes. Today, the level of threat this has toward our children borders on a public health threat.

Boys today are rapidly becoming equally affected by the media as girls are. Boys’ body image has always been shown in a healthier way until now. Today media depicts male beauty with great big pectoral muscles, arms as thick as basketballs, and abs that look like an 18-century washboard. The rugged cowboy has given way to Dwayne The Rock Johnson. So boys starve themselves to get the six-pack and take steroids to pump up their muscles because they need to look like the hunky guys in the media.

We have given the media free reign to sell sex to our kids showing teens in the same way, through airbrushing. The cumulative effect is a societal view of beauty that is not only unattainable and unhealthy but a physical drain on one’s mental health.

We see these images all day, every day, at bus stops, in magazines, on TV, and on billboards. I remember a billboard near Penn Station in New York City. It was a Calvin Klein ad for men’s underwear. I could not help looking at that billboard and then looking at my own body and feel bad about my body. As a result, we are raised to hate our own bodies separating us from our own bodies. A bad body image robs a person of not only happiness and self-confidence but also robs a person of their ability to have successful relationships, and a great sex life.

To have a happy and fulfilling sex life, we need to be comfortable being nude. A person who hates parts of their body will exhaust all their energy hiding that perceived flaw. As a result, when that person must expose that flaw they may feel a spotlight on that flaw. Satisfying sexual encounters requires a person to feel safe, comfortable, and relaxed. A person who hates parts of their body may feel anxiety and shame when they are having a sexual encounter. As a result, rather than feeling pleasure and connection with their partner/s, a person’s orgasmic potential is limited and may even create long-term or even permanent sexual dysfunctions; all of which inhibits a person’s ability to have successful and fulfilling sexual relationships. As a result, a person with low body image has higher chances of being a victim of sexual assaults, divorce, mental illness, eating disorders, and sexual dysfunctions.

So what can be done to change this real threat to our public health system? For one, we need to show what real human bodies look like because we need to show kids that the way they look is not only ok but beautiful. Parents need to never shame their kids’ bodies no matter what because kids are shamed enough as is. I can not tell you how many people told me that their parent told them they were fat, they dress like crap, or even if you do not look better no one will want you. We need to demand the media to show real unedited people or at least place disclaimers that the photo is edited and the person depicted in the photo is not represented how the person really looks. Now a photo can be used as a real photo even though it’s as real as a Picasso. Lastly, we need to have sex positive comprehensive sex education that tackles body image in a positive way.

It’s time we deal with body image issues in our culture! We have a society that is the most obese and also has the highest rates of mental illness in the western world. The answer is better diet and exercise but also involves changing how we feel about ourselves. We need to raise children to love, care, and connect with their own body. Everyone has one body and everyone has an inalienable right to live in, enjoy, and love their body. After all, how we feel about our body will determine how we feel about ourselves. Our mind is not separate from but rather part of the body; one cannot be separated from the other.